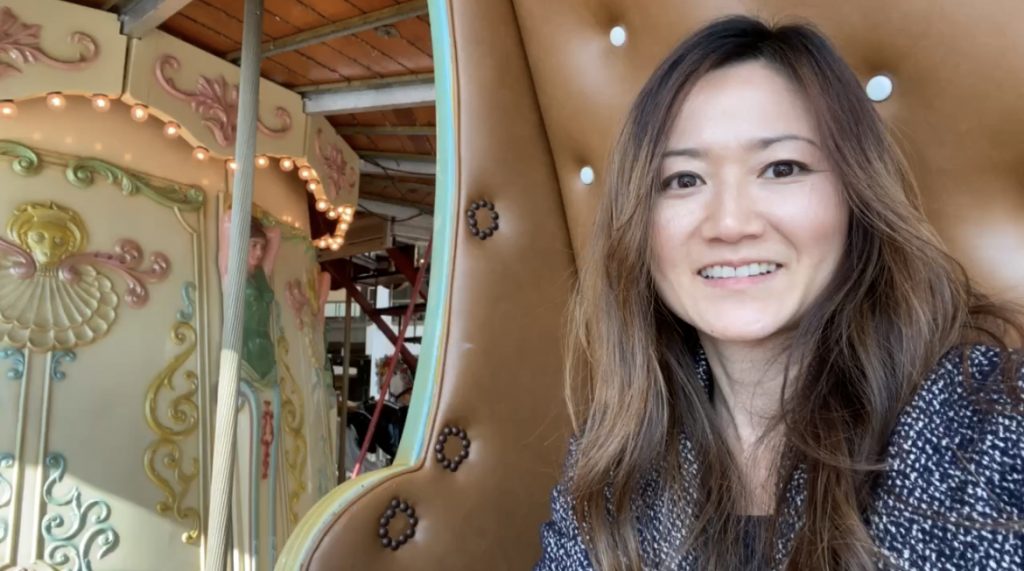 Hi! I’m Christine, a Jesus loving mom of 2 joyful kids, an entrepreneur, artist, designer, crafter, aspiring chef and gardener, traveler, worshipper, and former New Yorker now living in Texas with my family, after God called me to this new place during the pandemic towards the end of 2020.

I’ve been on a long journey of trying to figure out what my purpose is in life. I met God for the first time when I was 14 in my bedroom, after listening to a song that spoke directly to my spirit. I dedicated my life to God right then and there, and vowed to be the light in the darkness. I felt the supernatural presence of God in my room that was so palpable.

Since then, I’ve been asking God what my purpose was in life, only to find myself seemingly going all over the place, not really knowing what I was supposed to do. Through it all, my guiding light was that still small voice in my spirit that nudged me in paths I would have never dared stepped towards had I not felt the Holy Spirit nudging me towards what God had in store for me.

Often times, the direction I took never made sense. I was judged. I was discouraged. And I even judged myself. Sometimes fear crippled me. But, believing that the new direction came from God (after receiving multiple confirmations after prayer), I was able to press forward in the various things that just didn’t “make sense” at the time. I trusted that eventually it would all come together in a beautiful master plan.

I am seeing things come together now that I would have never imagined. Ideas that God seeded years ago are now being picked up to bring to fruition. I’ve learned that there is a timing and a season for things, and I have to be obedient and attentive to the timing of the Holy Spirit.

Following God is not a linear path, as we would like it to be. I have over a decade of my life that I felt was “wasted.” I spent many years in isolation without people knowing what was going on with me, while at home I was enduring sickness, excessive fatigue, marital strife, financial devastation, alcoholism, messed up sleep cycles, confusion, and demonic torment. It was rough to say the least. The battles were daily.

No one knew how much marital strife and financial stress we were under, how much we relied on alcohol to get through each night, which then led to destructive sleeping patterns, sickness, and things just getting worse rather than better. Divorce was a weekly topic for nearly 16 years. It sounds crazy, I know, but I stuck with it because I firmly believed God had planned us to be together, but somehow the devil had intervened.

Jesus radically saved us in our living room after I called on Him one night. I had been stuck in New Age for over a decade, and this time, rather than asking “God, spirit guides, and guardian angels,” I called upon Jesus himself out of desperation, telling him that this was my very last and final chance that I was going to give my marriage before finally calling it quits unless He does something.

I had lost all hope in my marriage, and had endured a difficult 16 years. And honestly, I didn’t expect any response. But, Jesus led me to a series of videos on YouTube of deliverance ministers. He showed me how real the demonic realm was as these deliverance ministers were casting demons out. It was something I thought was fictitious after being deceived by New Age, as they tell you that all spiritual beings are helpers that are helping you on your path. How much I was deceived.

After watching these crazy deliverance videos for about a week, my husband and I finally came to terms with the fact that this dark spiritual realm was actually real and got over the fear of demons after watching hundreds of these videos. We realized that this demonic interference could be the problem we faced in our marriage and life in general. It was the the reason why no matter how hard I worked to improve things, and no matter how many “spiritual” practices I put into place, after things improving a little, they always seemed to get worse. Nothing seemed to work no matter how hard I tried. In fact, what I didn’t know at the time was, I was just opening up more doorways for the enemy to enter our lives, and only Jesus could help us close them.

We knew we needed to be saved, and we decided to give our life to Jesus.

We prayed the sinner’s prayer. We repented and we asked Jesus to come into our hearts, and asked to be filled with the Holy Spirit. We felt the presence of God come into the room. The whole experience was so supernatural.

One day I’ll have to share the entire story as it’s a long one, but the summarized version is that we suddenly felt lighter, and a veil lifted off of our eyes. I immediately knew things I hadn’t known before. I was shown how much I had been deceived by New Age, the path of a false light and love.

The first sign that something major had happened, other than us feeling lighter and “knowing” things, was that the next day, after dinner, my husband and I realized we had no desire for alcohol. The desire had just vanished. We actually didn’t even want to drink anymore.

Prior to that, we had been living on bottles of wine that we purchased by the case. It seemed like most parents we knew in NY drank to get through those toddler and younger years of raising children, as they are not easy years. It was so commonplace that we didn’t even think anything of it. We honestly didn’t even know we had a problem until God removed the desire for alcohol from our lives.

After that, we went through another nearly 2 year period where we went through lots of deliverance and self-deliverance (we have so many crazy stories about this), were baptized in water and the Holy Spirit, battled spiritual warfare, learned how to pray, learned about the true character of our God, and received massive healing from all the trauma and devastation the enemy left behind. There’s still more work to do to clean things up in our lives, but it’s amazing how much God has done in our lives already.

Things weren’t all of a sudden easy after getting saved and dedicating our life to Christ. We had to let go of all that was not part of God’s future plan for us. All the character flaws, the wrong belief systems, the wrong mindset, and choosing to side with God in everything. My husband was uprooted from his job, we left New York, and were transplanted to Texas for some unknown future purpose.

We are now new creations thanks to Jesus. He delivered us, corrected us, encouraged us, and taught us about the authority He gave us. He healed our marriage, and now there is now peace where there was discord, healing where there was pain, Holy Spirit instead of demons, and hope, faith, and love in every aspect of our life. We’ve experienced miracles of deliverance (also know as exorcisms, for those with Catholic upbringing), and even physical healing.

God has been preparing us for what our future holds.

This bible verse has been my anchor when I was trying to pursue anything else during the first year after being saved:

But seek ye first the kingdom of God, and his righteousness; and all these things shall be added unto you
Matthew 6:33 KJV

I had to put first things first, and that was seeking God and what He wanted me to focus on.

I am now finally at a place where I can step out into this blog — something I had been trying to figure out since 2008. The wait was much longer than I expected, but clearly He couldn’t use me the way He wanted when I was not yet saved. When the right time comes to do something, God will notify you. Just this week, I felt the time was finally here to bring this blog back to the life. So, here I am.

WHAT THE FUTURE HOLDS

God is doing a new thing for many of us this season, and I am here to encourage you to take that first step towards your destiny. Not all who hear God’s promptings follow through. It’s easy to brush aside what God’s been telling you to do, or let fear, doubt, or any other negative emotion delay or push off what you’ve been instructed with. His promptings are often very quiet, and the devil’s accusations and lies can be quite loud. I’m here to encourage you to stand up for your dreams, especially those that have been confirmed by God, and move with conviction towards it.

It doesn’t matter if you’ve been home with the kids for a very long time and have not been working outside the home, or if you’ve been an entrepreneur trying to start your own business, or have one already, or if you’ve been stuck in a job you don’t like and want something more fulfilling and purposeful to pursue, or even if you’ve already entered retirement, whether by choice or not. Wherever you are, if you have a deep desire in your heart that you’ve been putting off, we’re going to begin to resurrect those things now.

By walking in obedience, you will be walking into the fullness of what God has for you, and you will be able to serve all those He wanted to serve through you.

I’m so glad you’re here. I know it’s no accident that you found me to read my story here. If you’re reading this, I know you’re ready to take that step towards pursuing those dreams.

God will make a way where there seems to be no way. Step out in faith. He is faithful.

Thank you for reading! I appreciate each and every one of you here!

This website is a place for inspiration and encouragement as you discover your God-given dreams and walk into the purpose that God has for you. You were made for a specific purpose, and it is my desire for you to walk into that purpose with clarity, confidence, and a knowing that you’re on the right path.

It’s not always easy to find your purpose in life. I’ve gone through much of my life wondering and not knowing exactly which direction to go. All I knew is that I was given a specific variety of talents for a reason, and knew God had a plan.